Skip to the content
BJP stirred conscience of mother tongue in Goa among its strong supporters and has suffered electoral setbacks in 2017 elections.  Dedicated RSS volunteers and leaders formed a temporary political party – Goa Suraksha Manch (GSM) and fought elections with MGP to teach BJP a lesson.  The alliance of GSM-MGP-ShivSena together have managed to attract 12.9 per cent voters in favour of them which accounts to nearly 1,13,821 votes out of the 11.10 lakh total number of voters in the state. This was a crucial factor in the final outcome of Goa verdict against BJP. 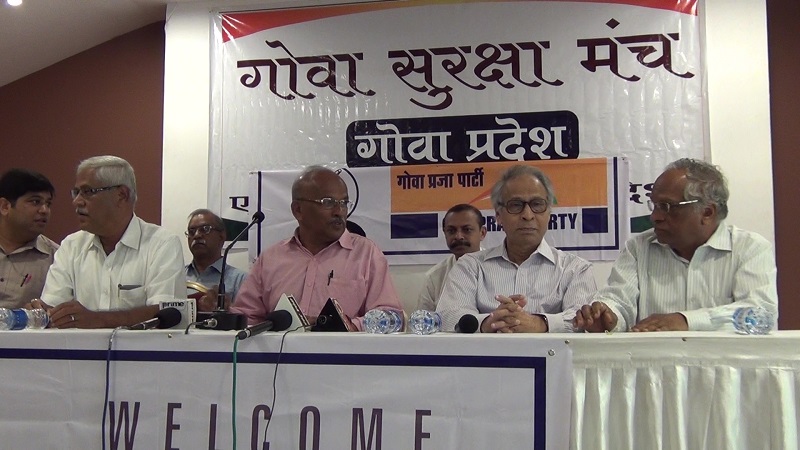 In Mandrem constituency where Chief Minister Laxmikant Parsekar who had made the hat trick, BJP was defeated by Congress candidate Dayanand Sopte. Sopte split from BJP in the year 2012 and joined Congress. Silent votes of GSM have gone towards Congress to defeat BJP. Subhash Velingkar had stated that defeating Parsekar is one of the main agenda of GSM.
In Canacona constituency where Vijay Pai Khot, one of the sure candidates of BJP was defeated. Strong BJP workers and supporters have also voted for Congress,” one of the close aide of Pai Khot said. Porvorim, the stronghold of RSS, has also witnessed a similar trend. Being an independent for the second consecutive term, Rohan Khaunte has managed to retain his seat. Though it is a fact the constituency is a RSS domain, the alliance of MGP-GSM has just secured 222 votes. This indicates as per political analysis the RSS cadre has voted against ruling BJP government in Goa.
BJP Candidate Guruprasad Pawaskar managed to get only 6961 votes, whereas the independent candidate Rohan Khaunte won by a huge margin of 4,213 votes. Similar was the story in couple of other constituencies like Pernem, Siolim, Sanguem and Quepem. Subhash Velingkar has endorsed this analysis. In almost 12 constituencies and indirectly in 10 constituencies, silent voting has affected BJP.
After the elections, GSM has been dissolved and its members have announced rejoining of RSS.  RSS has accepted their inclusion.  Dedicated supporters of Hindutva have shown their justified anger against promotion of English medium schools at the cost of Konkani language.  Now, Manohar Parikkar has been assigned the task of leading the fragile government for next five years.  He will surely learn his lessons about inclusiveness and humbleness while facing the consequences of opportunistic politics.